This post is sponsored by La Morena. All opinions my own.

Bite into these mouthwatering Garlicky Mushroom and Chipotle Refried Bean Tortas ... these delicious Mexican sandwiches are bursting with flavor and simple to make!

I have a favorite neighborhood restaurant, El Mitote, that serves mouthwatering Mexican food.

The tortas are my favorite menu item. Although they have other tasty treats, I can never resist their amazing tortas!

In an effort to eat as many of these yummy sandwiches as possible, I created a Garlicky Mushroom and Chipotle Refried Bean Tortas recipe inspired by the one El Mitote! 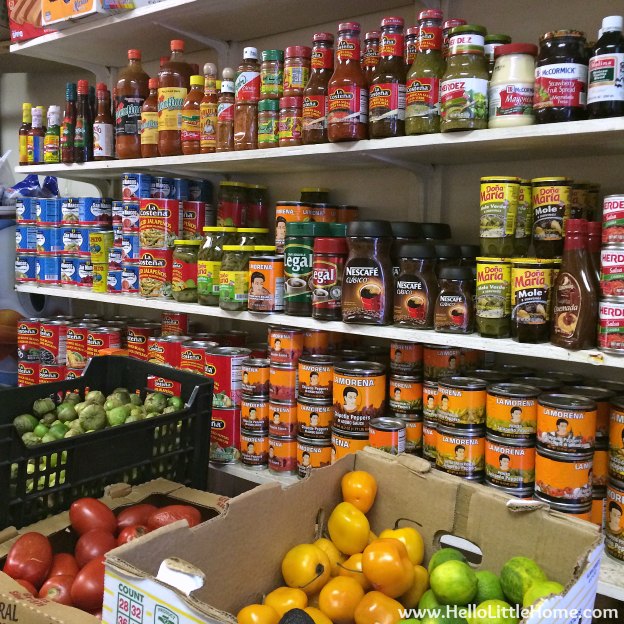 Have you ever had a torta? They're Mexican sandwiches served on crusty, white sandwich rolls (typically birote, bolillo, or telera). Tortas can be served hot or cold and filled with everything from eggs to ham. Most importantly, they're delicious!

For this vegetarian torta recipe, I put a twist on the traditional torta, while still incorporating authentic ingredients. I'm lucky enough to have an amazing Mexican grocery store within walking distance of my apartment called Las Palomas. This petite store only has one aisle but somehow manages squeeze in all the Latin food you need to create a Mexican feast.

Las Palomas is where I shop for my favorite La Morena products, first choice when cooking Latin food. The quality is amazingly fresh and authentic ... perfect for infusing my recipes with a true taste of Mexico. 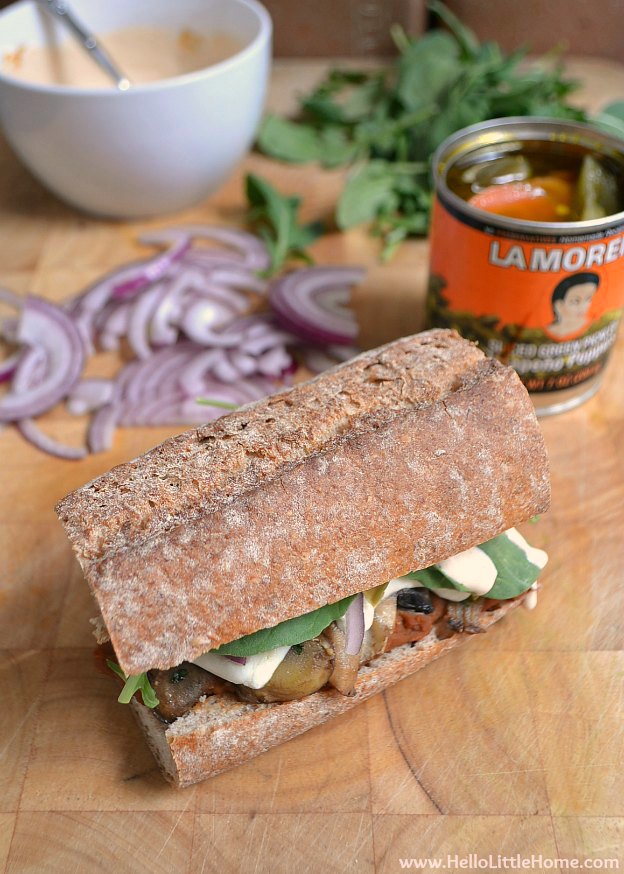 How to Make Mushroom and Refried Bean Tortas

To make these tortas, you'll browned fresh mushrooms in olive and then added lots of garlic and cilantro (so good!).

In a separate pan, saute another garlic clove and stir in La Morena Refried Bayo Beans with Chipotle and Adobo. I'm super picky about refried beans and usually make my own, but La Morena's homemade taste had me eating these beans straight from the can!

I love chipotle peppers, so I enhanced the beans' already-existing chipotle flavor with an extra pepper and a little adobo sauce.

If you don't enjoy spicy foods as much as I do, skip the chipotle but keep the adobo sauce. It will add a great smoky flavor without raising the heat level too much. 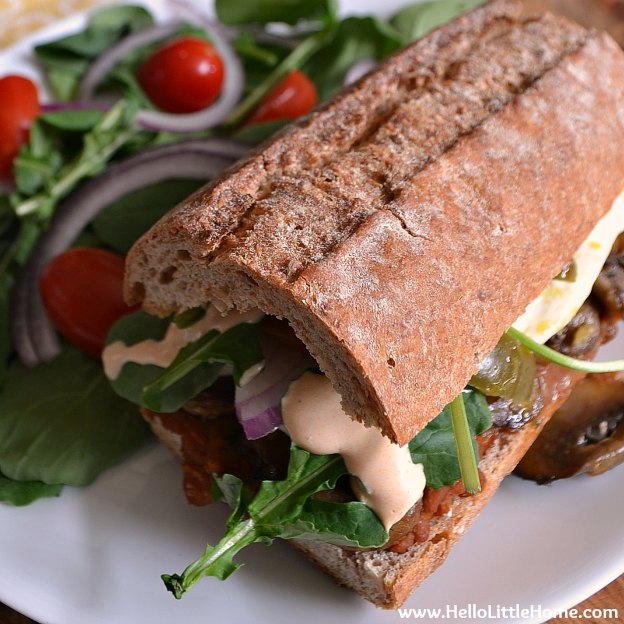 Traditional torta rolls can be difficult to find unless you have access to a Mexican bakery, so feel free to substitute a baguette. Remove a little bread from inside the bread, making more room for the tasty filling, then layer on the beans, mushrooms, and some Oaxaca cheese.

After a quick toasting, the tortas are ready to be layered with red onions and La Morena Sliced Jalapeños. These addictive jalapeños taste just like the pickled peppers you'll find at your favorite Mexican restaurant. They're spicy, so add as many as you dare!

Finish your Garlicky Mushroom and Chipotle Refried Bean Tortas with a few leaves of peppery arugula and a drizzle of chipotle crema.

The result is a messy, finger-licking good sandwich that will have you craving each bite more than the last!

Print Recipe SaveSaved!
No ratings yet

Oaxaca cheese has a texture similar to string cheese. If you can't find it, substitute Mozzarella or Monterey Jack cheese. Crema is similar to sour cream or crème fraîche, both of which make great substitutes. La Morena's Refried Bayo Beans with Chipotle and Adobo contain a whole chipotle. Mash this into your beans while warming them or remove it for a milder heat level.
Did you make this recipe?I love seeing what you're cooking! Leave a comment below, or tag @HelloLittleHome or #hellolittlehome on Instagram!

What is your favorite Mexican meal? Do you enjoy spicy foods as much as I do?

Ginnie is the writer, photographer, and chief content creator behind Hello Little Home. She loves trying new things (whether that’s creating delicious vegetarian recipes, exploring a new city, trying a fun DIY project, or sharing a pretty makeup look), and she hopes to inspire you to do the same! Read more about Ginnie here.

This site uses Akismet to reduce spam. Learn how your comment data is processed.

I made this for dinner a couple of nights ago, and it was a huge hit! So delicious, and very filling - and the Oaxaca cheese was amazing!

Oh my goodness! I want that sandwich now! thanks so much for the inspiration! Pinning for dinner next week!

Thanks so much for sharing your awesomeness at Show Me Saturday! Please join us again this weekend!
~ Ashley

Hi, I'm Ginnie! Welcome to Hello Little Home, which is all about inspiring everyday creativity! I'm excited to share my favorite things with you ... vegetarian recipes, travel inspiration, DIY projects, decor ideas, beauty and fashion tips, and more! Read more about me here!

Keep up with all things Hello Little Home ... sign up below to receive my weekly newsletter!

You'll get all my posts delivered straight to your inbox, plus exclusive content just for subscribers.